OCD Symptoms: 15 Signs You Should Know 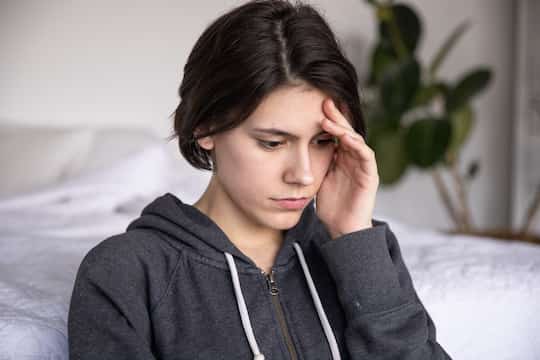 OCD symptoms and common signs of OCD, types of OCD, its causes and treatment and how to tell it from OCPD.

Obsessive-compulsive disorder (OCD) symptoms are more than just being fastidious about cleaning or checking the oven is off.

People with OCD symptoms feel compelled to perform these actions, even if they don’t want to.

OCD is thought to affect around 2.3% of people at some point in their lives.

Most people develop OCD symptoms before they are twenty-years-old.

Perhaps the most familiar example of OCD symptoms is people repeatedly washing their hands (a compulsion) to avoid getting a disease (an obsession).

As with most psychological problems, OCD symptoms involves normal fears which are taken to extreme.

It’s perfectly normal to be worried about disease, but extremely inconvenient to wash your hands 300 times a day.

Both obsessions and compulsions are a matter of degree.

Once OCD symptoms are causing problems in everyday life, it needs addressing.

Here are some common obsessions, which can be OCD symptoms:

Here are some typical compulsions, which can be OCD symptoms:

Most people are fully aware that their thoughts and/or behaviours are unreasonable, some are not.

These are called ‘tics’.

People with OCD are known to dissociate themselves from reality.

Instead they rely heavily on their imagination.

People with OCD tend to experience ‘inferential confusion’: essentially getting fantasy and reality mixed up.

Dr Frederick Aardema, who has researched this OCD symptom, said:

“It seems that people with OCD are so absorbed by their obsession due to inferential confusion that there is a break with reality.

Specifically, we found that individuals no longer rely on their sensory perceptions or common sense but on their imagination.

Some of the different types of OCD include:

All OCD symptoms driven by fears (for example, of dirt or breaking a moral code) or intrusive thoughts (such as that they might suddenly commit a violent act).

It’s not known exactly what causes OCD symptoms, but it’s likely a combination of genetic and environmental factors.

In other words: it runs in the family and it’s likely brought on by stress.

How to reduce OCD symptoms

Typically, people are treated with medication and cognitive-behavioural therapy for OCD symptoms.

There’s some question over whether medication really helps much.

However, some people need to combine antidepressants with cognitive-behavioural therapy in order to respond to treatment and reduce OCD symptoms.

CBT works by targeting both a person’s thoughts and their behaviours.

While most people are not cured, the majority can learn to manage the symptoms and live a normal life.

After treatment, most people see a substantial reduction in their symptoms.

Obsessive-compulsive disorder (OCD) is often mixed up with having an obsessive personality.

People with obsessive personalities may, for example, like to have their books arranged alphabetically, without having OCD.

The sign that someone really has OCD is that their behaviours are driven by fear or intrusive thoughts that they are trying to get rid of.

OCD is most definitely not something sufferers derive any pleasure or satisfaction from.

“Obsessive compulsive personality disorder, in my opinion, is often what society thinks OCD is.

People with OCPD might organize their closet perfectly, have all of their items color-coded and organized by type or category, or if you open their fridge all of their labels are lined up perfectly and everything has a place.

However, individuals with OCPD often talk about the fact that there’s not an unwanted, intrusive thought and there’s no fear attached to these behaviors.

They just organize things a certain way or do these kind of compulsive behaviors because it makes them feel better.

However, with OCD, it is something that individuals don’t enjoy – there’s nothing they like about it, they are doing it because they feel like they have to in order to get rid of the intrusive thought or fear.

It is debilitating and draining and not something that makes the individual feel better and more productive when they are done.”