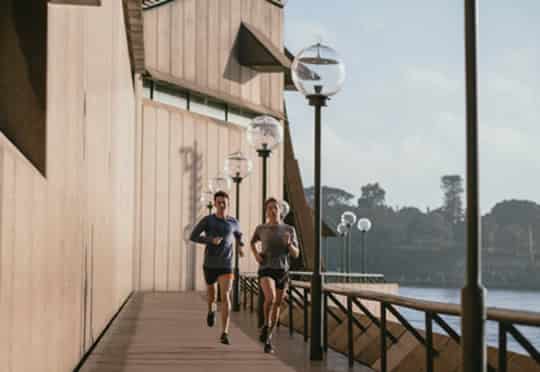 Drinking this will result in greater fat-burning and weight loss.

Those who want to increase fat burning and weight loss might find drinking a strong cup of coffee 30 minutes before exercise very effective.

A 250 ml cup of coffee typically contains 100 mg of caffeine and a single shot of espresso contains 64 mg caffeine.

The research team also found that caffeine’s effects are more noticeable if the exercise is done in the afternoon instead of in the morning.

Caffeine, due to its ergogenic [performance enhancing] potential, has been widely sold in the form of supplements to increase sports performance or endurance activities, and aid fat loss.

However, the scientific evidence behind beneficial claims of these supplements is insufficient.

“The recommendation to exercise on an empty stomach in the morning to increase fat oxidation is commonplace.

However, this recommendation may be lacking a scientific basis, as it is unknown whether this increase is due to exercising in the morning or due to going without food for a longer period of time.”

The aim of this study was to find out if caffeine really enhances fat oxidation or fat burning during exercise.

A group of adults were asked to complete an exercise test four times a week.

They had to take 3 mg/kg of caffeine at 8am or 5pm (half an hour before aerobic exercise) randomly.

“The results of our study showed that acute caffeine ingestion 30 minutes before performing an aerobic exercise test increased maximum fat oxidation during exercise regardless of the time of day.”

The results showed that acute caffeine ingestion followed by moderate-intensity aerobic exercise in the afternoon was more effective in fat burning compared to the morning.

A study on trained athletes found that ergogenic effects from caffeine were more pronounced during cycling performance in the morning than the evening (Boyett et al., 2016).

The study was published in the Journal of the International Society of Sports Nutrition (Ramírez-Maldonado et al., 2021).