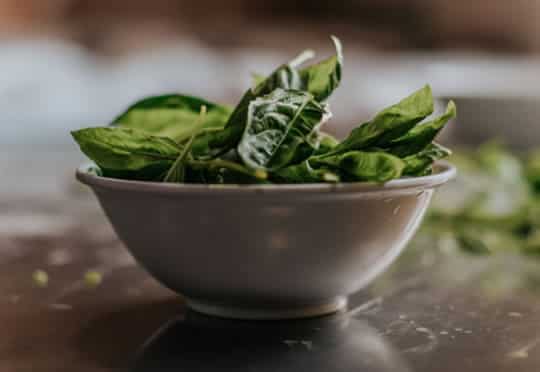 Overweight people who took this antioxidant supplement managed to slim down without diet or exercise.

Lipoic acid, also known as alpha lipoic acid (ALA), is a strong antioxidant which helps people to lose weight.

In a clinical trial, when this dietary supplement was given to overweight or obese people, it made them lose body fat and body weight.

Patients who took 600 milligrams per day of the R form of lipoic acid (R-LA) managed to slim down in 24 weeks without changing their diet or physical activity.

Particularly in women and in the heaviest participants.”

Lipoic acid is a medium-chain fatty acid that is naturally found in plant and animal products like broccoli, spinach, and organ meats.

Our body makes small amounts of lipoic acid, which is essential for regulating the metabolism and generating energy.

Supplementation of lipoic acid seems to offer some additional benefits irrespective of its role in energy production.

It is also used as an additional treatment for diabetes, age-related cognitive decline, and heart disease.

“Scientists have been researching the potential health benefits of lipoic acid supplements for decades, including how it might enhance healthy aging and mitigate cardiovascular disease.

In both rodent models and small-scale human clinical trials, researchers at the LPI have demonstrated the beneficial effects of lipoic acid on oxidative stress, lipid metabolism and circadian rhythm.”

According to Professor Tory Hagen, the study’s lead author, this research looked into two issues that have often been ignored in past clinical trials.

“Many existing clinical studies using lipoic acid have focused on volunteers with pre-existing conditions like diabetes, making it difficult to determine if lipoic acid supplements simply act as a disease treatment or have other beneficial health effects.

Another issue is the formulation of the supplement.

Many previous studies have used the S form of lipoic acid, which is a product of industrial synthesis and not found in nature.

We only used the R form of lipoic acid — the form found in the body naturally.”

The research team saw that those patients who lost weight had reduced blood triglyceride levels, the main component of body fat.

“By the end of the study, some markers of inflammation declined.

It is not a perfect panacea, but our results show that lipoic acid supplements can be beneficial.”

The study was published in The Journal of Nutrition (Bobe et al., 2020).