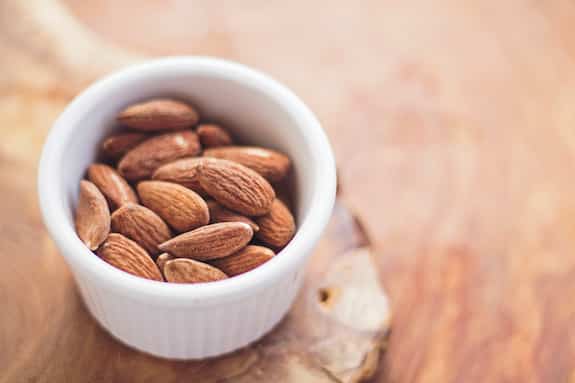 The more people ate, the better their thinking skills over time.

Those eating a small amount of nuts regularly had 60 percent better cognitive skills than those not eating them, the study found.

Nuts contain antioxidants that can help to reduce inflammation, which protects the brain against cognitive decline.

All were given tests of cognitive function, including memory, thinking and reasoning.

The results revealed that 10 grams of nuts per day or higher was linked to a 40 percent reduction in the risk of cognitive decline.

The more nuts people ate, the better their thinking skills over time.

“By eating more than 10 grams (or two teaspoons) of nuts per day older people could improve their cognitive function by up to 60 per cent — compared to those not eating nuts — effectively warding off what would normally be experienced as a natural two-year cognition decline.”

The nut most people ate in the study was peanuts — 17 percent were regular consumers of them.

“Nuts are known to be high in healthy fats, protein and fibre with nutritional properties that can lower cholesterol and improve cognitive health.

While there is no cure for age-related cognitive decline and neurogenerative disease, variations in what people eat are delivering improvements for older people.”

Aging populations around the world can change their diet to slow down natural decline, Dr Li said:

This is all part of the normal ageing process.

But age is also the strongest known risk factor for cognitive disease.

If we can find ways to help older people retain their cognitive health and independence for longer — even by modifying their diet — then this absolutely worth the effort.”

The study was published in The Journal of Nutrition, Health & Aging (Shi, 2018).