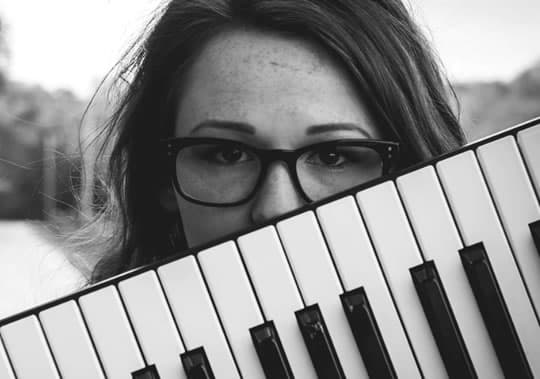 People with higher intelligence tend to have this musical ability.

People with higher IQs were able to learn to play “Happy Birthday” on the piano more accurately in the study.

Whether or not people believed they could improve did not seem to matter.

Instead, pure intelligence predicted how well they did, not a ‘growth mindset’.

A growth mindset is a belief that basic abilities can be improved through hard work.

Musical aptitude was the only other factor that mattered, said Mr Alexander Burgoyne, the study’s first author:

“The strongest predictor of skill acquisition was intelligence, followed by music aptitude.

By contrast, the correlation between growth mindset and piano performance was about as close to zero as possible.”

The study included 171 people who had little or no experience playing the piano.

All were given tests of their mindset and their intelligence.

They followed a video guide that taught them to play “Happy Birthday”, which contained 25 notes.

Afterwards they were rated on their performance of the simple song.

The results showed that IQ mattered most in predicting who did well.

When IQ was taken into account, even musical aptitude paled into insignificance.

“The results were surprising, because people have claimed that mindset plays an important role when students are confronted with challenges, like trying to learn a new musical instrument.

And yet, it didn’t predict skill acquisition.”

There were also some interesting patterns in the results:

“Our study examined one of the earliest stages of skill acquisition.

Early experiences can be formative, but I would caution against drawing conclusions about skilled musicians based on our study of beginners.”

The study was published in the journal Intelligence (Burgoyne et al., 2019).