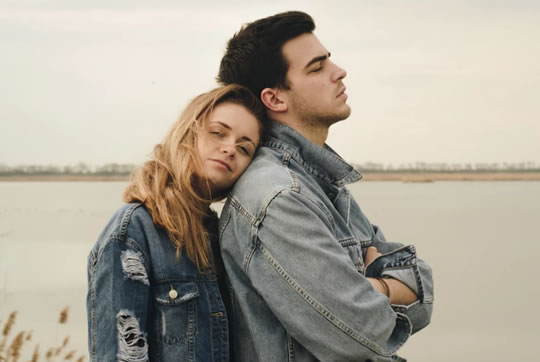 These personality traits are linked to a genetic variation that can be detected from a saliva sample.

People who are emotionally stable, empathetic and sociable have the happiest marriages, research finds.

In contrast, people high in anxious attachment are ‘needy’ and worry that their partners do not care for them.

High levels of attachment anxiety are also linked to a fear of abandonment.

So, low levels of anxious attachment are preferable in a partner.

All these personality traits are linked to a genetic variation that can be detected from a saliva sample, new research has found.

Oxytocin — sometimes known as the ‘love hormone’ — is important in social bonding.

Researchers found that when one partner in a marriage had this genetic variation linked to oxytocin, both reported greater marital satisfaction and feelings of security.

The conclusions come from a study of 178 married couples aged 37 to 90.

All were asked about their marital satisfaction and had their genotype analysed from a saliva sample.

The results revealed that those with a genetic variation known as the ‘GG genotype’ had higher marital satisfaction.

“This study shows that how we feel in our close relationships is influenced by more than just our shared experiences with our partners over time.

In marriage, people are also influenced by their own and their partner’s genetic predispositions.”