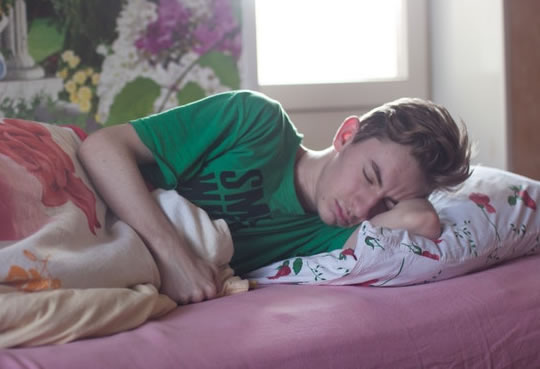 The effect runs in the family.

People who start dreaming sooner after falling asleep are at greater risk of depression, research finds.

The effect runs through families, with those starting to dream within 60 minutes of falling asleep twice as likely to experience depression.

The more common range for entering dream sleep for the first time is around 90 minutes after falling asleep.

“This is the first physiological marker that predicts the onset of depression even in someone who has never had the illness.

While doctors know that depression in one’s family can make a person more prone to the disorder, understanding the link in detail has been difficult.

Dream sleep — known as REM, or Rapid Eye Movement sleep — is the fifth of five stages of sleep we cycle through during the night.

In all the other four stages our brain winds down, but when it hits REM sleep it kicks into high gear to produce the strange phenomenon we call dreams.

“In REM sleep, brain activity looks just as it does when we’re awake, but our muscles are inhibited.

It’s also known as paradoxical sleep, because the brain behaves as if we’re awake.”

The speed a person goes into REM sleep is difficult for someone to know themselves, said Professor Giles:

“You wouldn’t know you have it unless you were tested in a sleep laboratory.

Your sense of time is mixed up when you sleep, so you can’t really remember how fast you fell asleep and started dreaming.”

The study involved analysing the sleep patterns of 352 people in 70 families.

The study found that a family history of depression added to falling quickly into dream sleep doubled the depression risk.

In those who have family members who are depressed, it could be a way of predicting mental illness and taking preventative measures, said Professor Giles:

“With this information, a person might be able to take some protective measures, such as becoming more educated about the first symptoms of depression.”

The study was published in The American Journal of Psychiatry (Giles et al., 1998).