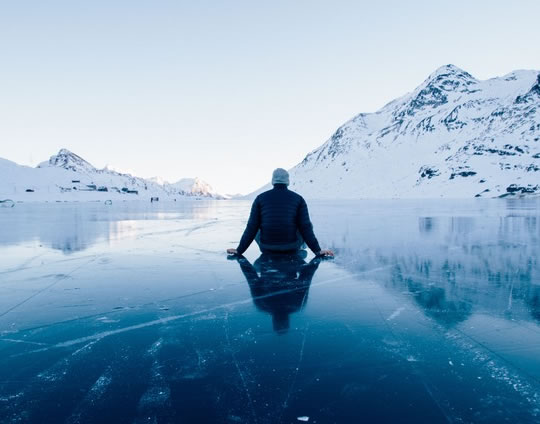 Cognitive control helps people resist temptations and make decisions that benefit them in the long-term.

Imagining yourself in that cold environment helps to ‘cool down’ any quick emotional responses.

“Metaphorical phrases like ‘coldly calculating,’ ‘heated response,’ and ‘cool-headed’ actually have some scientific validity, which we demonstrate in our study.”

“Previous research focused on the actual effect of temperature on the psychological phenomenon known as ‘cognitive control.’

But this is the first time we were able to measure the effects of perceived temperature.”

For the study, people were asked to simply look in the other direction to a moving object.

This can be difficult as the eye is naturally drawn towards a moving object.

They had to imagine they were present in the picture.

“The result indicated that those viewing the cold landscape did better and that even without a physical trigger, cognitive control can be activated through conceptual processes alone.

While signals of warmth induce a relaxed attitude, cool signals trigger alertness and a possible need for greater cognitive control.”

The study was published in the journal Psychological Research (Halali et al., 2017).