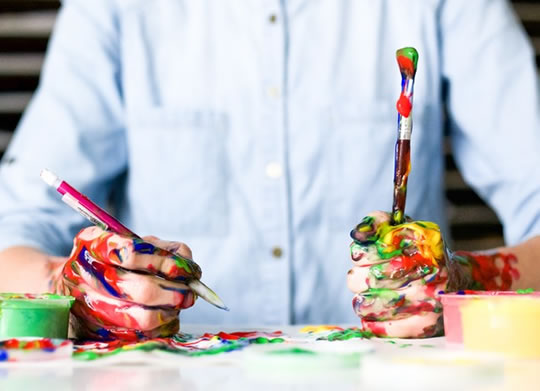 How less attractive men can make themselves stand out from the crowd.

Plain-looking men can boost their attractiveness to women by being creative, new research finds.

The same boost in attractiveness, strangely, does not apply to plain-looking women.

In fact, for less attractive women, creativity could actually be a dating handicap.

“Creative women with less attractive faces seem to be perhaps penalised in some way.”

The boost for average-looking men, though, was substantial, said Dr Watkins:

“Creative guys with less attractive faces were almost identical in attractiveness to really good looking guys who were not as creative.”

Top of the pile, naturally, were men who were both good-looking and creative.

The importance of displaying creativity may be partly that imagination suggests intelligence.

“Women on average are a more selective sex when it comes to choosing romantic partners.

Creativity is thought to be a signal that an individual can invest time and effort into a particular task or can see things in novel ways that may be useful for survival.”

Unfortunately, those who are creative may not have a chance to show it in the modern, superficial world of online dating.

“Certain platforms that we have now for dating might not be favourable for assessing people on more complex attributes.”

Creativity is not just attractive in a dating context, but also in friendships, the study found.

The results come hot on the heels of attraction research testing whether personality can beat looks:

“Women say they prefer the personality traits of friendliness and respectfulness, but new research reveals it’s really all about looks.

Perhaps, though, creativity can do the trick in place of being friendly and respectful.

The study was published in the journal Royal Society Open Science (Watkins, 2017).