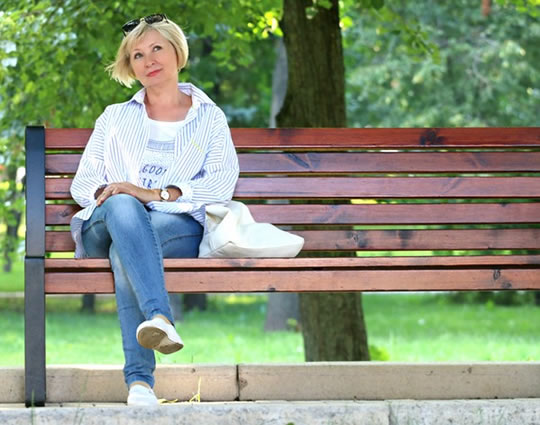 The posture made people less focused on themselves, more enthusiastic and put them in a better mood.

Sitting up straight in a chair was linked to more enthusiasm and less tiredness, the researchers found.

The importance of using fewer first-person pronouns (“I” and “me”) is that people who are depressed tend to focus on themselves more.

One sign of lower depression is that people focus less on themselves.

For the study, 61 people were asked to give a 5-minute speech while sitting.

Some were asked to sit up straight while doing this, others were given no instructions.

The benefits to mood of sitting up straight fit in with a number of other findings, the authors explain:

“… [an] upright posture can counteract fatigue in people with sleep deprivation…

Increased slumping has been associated with self-reported fatigue and reduced energy in work settings.

In addition, an intervention to improve posture in surgeons performing laparoscopic surgeries resulted in improved posture and reduced surgical fatigue.”

The finding is the latest in an area called ’embodied cognition’.

This is the idea that we think with our bodies as well as our minds.

This is not the first study to find that sitting up straight improves mood:

“People sitting up straight rather than in a hunched position report a better mood, higher self-esteem and a host of other benefits.

Sitting up straight has even been shown to improve memory.

The study was published in the Journal of Behavior Therapy and Experimental Psychiatry (Wilkes et al., 2017).