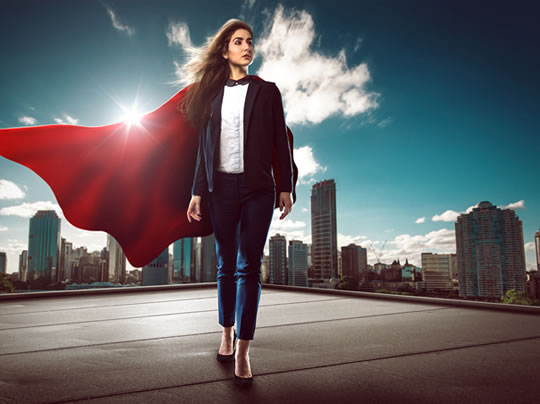 94% of college professors think their work is above average — that is not statistically possible!

This might help explain why many leaders seem so overconfident.

Of course there are disadvantages to overconfidence as well, but these may be outweighed by the advantages.

People who believed they were better than others, even when they weren’t, were given a higher place in the social ladder.

The findings can also explain why at work the incompetent are so often promoted over their more competent peers.

“In organizations, people are very easily swayed by others’ confidence even when that confidence is unjustified.

Displays of confidence are given an inordinate amount of weight.”

Across a series of six experiments the researchers tested several aspects of their theory.

They found that overconfident individuals did indeed manage to gain the highest social status just by being overconfident.

However, their overconfidence wasn’t perceived as such by others in the group, Dr Anderson said:

“This overconfidence did not come across as narcissistic.

The most overconfident people were considered the most beloved.”

Another experiment revealed that overconfident individuals tended to:

“These big participators were not obnoxious, they didn’t say, ‘I’m really good at this.’

Instead, their behavior was much more subtle.

They simply participated more and exhibited more comfort with the task — even though they were no more competent than anyone else.”

“One of the most basic questions for students of human social groups, organizations, and societies, is the question of how we select individuals for positions of status.

Although we may seek to choose wisely, we are often forced to rely on proxies for ability, such as individuals’ confidence.

In so doing, we, as a society, create incentives for those who would seek status to display more confidence than their actual ability merits.”

In other words: are we just selecting the over-confident to rule us and ignoring those who could actually do a much better job?

The study was published in the Journal of Personality and Social Psychology (Anderson et al., 2012).