Bipolar Disorder: The Typical Symptoms You Should Know 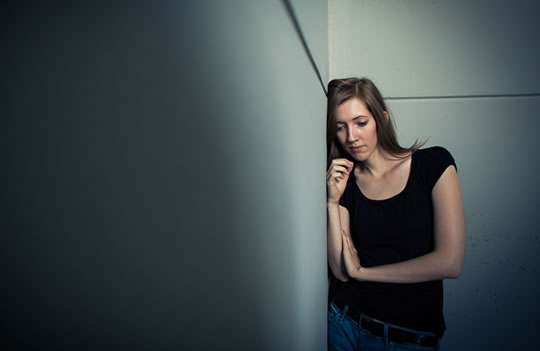 How to tell if someone has bipolar disorder (manic depression).

Bipolar disorder — which used to be known as manic depression — affects upwards of 1 in 100 adults at some point in their lives.

Its most obvious symptom is very severe mood swings; it is a condition of extreme emotional states.

Someone experiencing the disorder will have periods of great energy and exhilaration at times.

At other times they will experience very deep depressions (there’s more on how mania and depression cycle below).

Sometimes these states are mixed together.

The highs and lows are much greater than most people will experience in their lives.

It’s way more than just feeling full of energy one morning then a little fed up in the afternoon.

During severe episodes it can make the person totally unable to deal with everyday life.

The illness often starts in late teens or the twenties but rarely after 40-years-of-age.

It affects both men and women equally.

During the ‘manic’ phase people experiencing bipolar may have one or more of these 15 feelings and behaviours:

Depressive phases may include one or more of the following 12 thoughts and behaviours.

Bipolar disorder is generally categorised into different types depending on how people cycle between manic and depressive phases.

Others have mostly heavy depressive phases and short periods of mania.

Still others cycle more quickly between the two.

At the extreme, bipolar people can experience delusions and hallucinations.

In a manic phase this might include believing you are the most important person in the world.

In the depressive phase it could mean believing you are the worst person in the world.

As with many mental health problems, the cause of bipolar disorder is not well known.

However, it is likely a mix of genetic and environmental factors, like stress or childhood abuse.

It is usually treated with psychotherapy and various medications.

Psychotherapy may include strategies for monitoring mood, general coping strategies and underlining the importance of daily routines.

For medication, mood stabilisers like lithium are often tried, as are antidepressants and anticonvulsants.

The combination will depend on the person.

People who receive treatment for bipolar disorder will usually be able to deal with the symptoms in the long-term — that’s not to say it’s easy.

One study found that 98% of people’s symptoms were much improved after two years (Tohen et al., 2003).

However, the same study found that 40% of people had a relapse within a further two years.

Here is a video in which people with bipolar disorder talk about their experience.