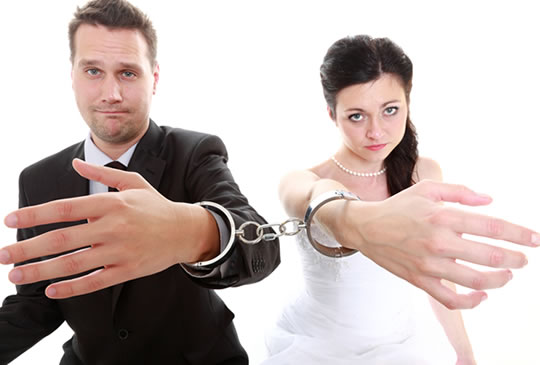 In an unhappy marriage often one partner fails to speak up about problems affecting them both, but why?

People with low self-esteem are more likely to stay in an unhappy marriage, a new study finds.

They are also likely to keep quiet about any problems in the relationship.

This is probably due to concerns about being rejected.

Megan McCarthy, the study’s author and a PhD student, said:

“There is a perception that people with low self-esteem tend to be more negative and complain a lot more.

While that may be the case in some social situations, our study suggests that in romantic relationships, the partner with low self-esteem resists addressing problems.”

The study tested the effects of low self-esteem on relationships.

The researchers found that not speaking up about problems led to more overall dissatisfaction with the relationship.

“We’ve found that people with a more negative self-concept often have doubts and anxieties about the extent to which other people care about them.

This can drive low self-esteem people toward defensive, self-protective behaviour, such as avoiding confrontation.”

“If your significant other is not engaging in open and honest conversation about the relationship it may not be that they don’t care, but rather that they feel insecure and are afraid of being hurt.”

The research was recently presented at The Society for Personality and Social Psychology’s 16th Annual Meeting in California.

“We may think that staying quiet, in a ‘forgive and forget’ kind of way, is constructive, and certainly it can be when we feel minor annoyances.

But when we have a serious issue in a relationship, failing to address those issues directly can actually be destructive.”

“We all know that close relationships can sometimes be difficult.

The key issue, then, is how we choose to deal with it when we feel dissatisfied with a partner.”