Handshakes Will Never Be The Same Once You Know This 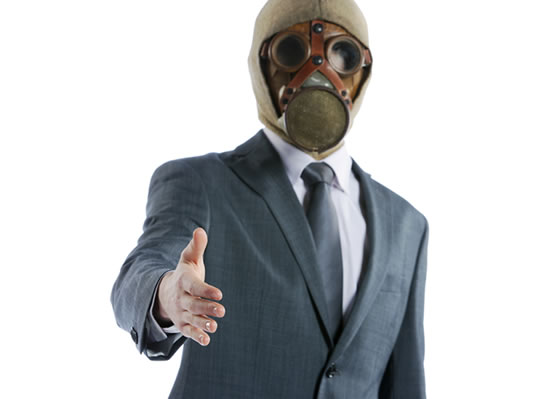 Could this study provide the real reason that we tend to shake hands when greeting another person?

The new study found that people spend more than twice as long sniffing their hands after a handshake.

Hand-sniffing is covered by bringing the hand up to touch the face — for example, by pretending to scratch.

Professor Noam Sobel, Chair of Neurobiology at the Weizmann Institute of Science and study author, said:

“It is well-known that we emit odours that influence the behaviour and perception of others but, unlike other mammals, we don’t sample those odours from each other overtly.

Instead, our experiments reveal handshakes as a discreet way to actively search for social chemosignals.”

The study had 280 people filmed while greeting an experimenter.

Sometimes they shook hands, other times not.

After shaking hands, people sniffed their right (shaking) hand for twice as long if the experimenter was the same gender.

If the experimenter was the opposite gender they sniffed their left hand more.

The experimenters went to huge lengths to check that people were really sniffing each other and a chemical message was being passed.

They had some people fitted with nasal catheters to measure the airflow through their noses.

Sure enough, after handshakes and with their hands coming up to their faces, the airflow through their noses doubled.

They also measured the chemical residue left after a handshake.

It did indeed contain chemicals that send social signals (squalene and hexadecanoic acid).

They even tried putting perfume on their hands.

This made people sniff more.

“Handshaking is already known to convey a range of information depending on the duration of the gesture, its strength and the posture used.

We argue that it may have evolved to serve as one of a number of ways to sample social chemicals from each other, and that it still serves this purpose in a meaningful albeit subliminal way.”

The study was published in the journal eLife (Frumin et al., 2015)