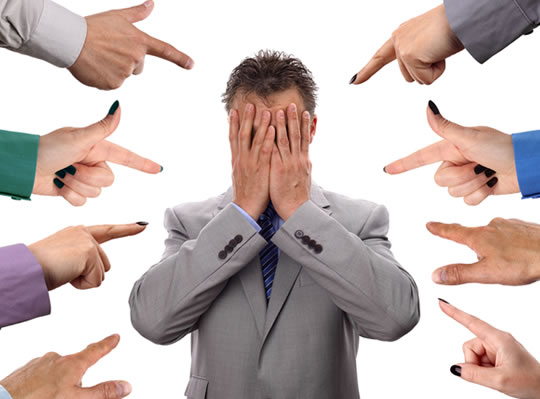 There’s a good reason why depressed people find it much harder to deal with social rejection.

The research may help explain why depression can be so resistant to treatment.

“Every day we experience positive and negative social interactions.

Our findings suggest that a depressed person’s ability to regulate emotions during these interactions is compromised, potentially because of an altered opioid system.

This may be one reason for depression’s tendency to linger or return, especially in a negative social environment.

Experimenters simulated social rejection by having them choose a date from a series of profiles.

Then people were told they had been rebuffed by their potential dates.

The brains of non-depressed people pumped out natural painkillers (opioids) in response.

But the brains of depressed people showed reduced production of the painkillers.

The yellow and red areas below indicate the release of painkillers in healthy and depressed people. 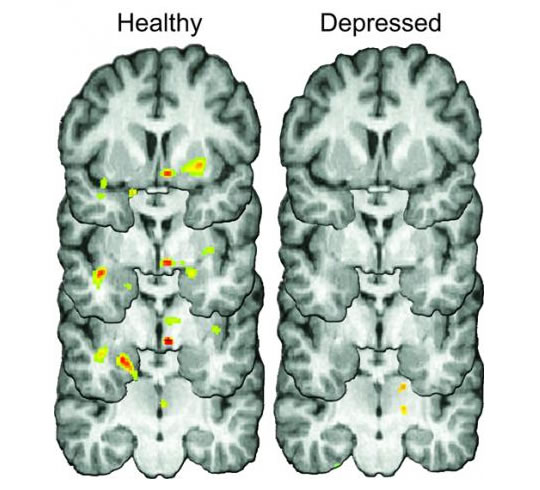 After being rejected, depressed people also showed much lower motivation to connect with other people socially.

The study’s results are published in the journal Molecular Psychiatry (Hsu et al., 2015).

Dr  Jon-Kar Zubieta, one of the study’s authors, said:

“Social stressors are important factors that precipitate or worsen illnesses such as depression, anxiety and other neuropsychiatric conditions.

This study examined mechanisms that are involved in the suppression of those stress responses.

The findings suggest novel potential targets for medication development that directly or indirectly target these circuits, and biological factors that affect variation between individuals in recovery from this otherwise chronic and disabling illness.”

The experiment also tested the effect of social acceptance — when people were told their chosen date was interested in them.

Unfortunately for depressed people, the feeling did not last that long.

The researchers now hope to look at a wider range of factors, as Dr Hsu explained:

“Of course, everyone responds differently to their social environment.

To help us understand who is most affected by social stressors, we’re planning to investigate the influence of genes, personality, and the environment on the brain’s ability to release opioids during rejection and acceptance.”