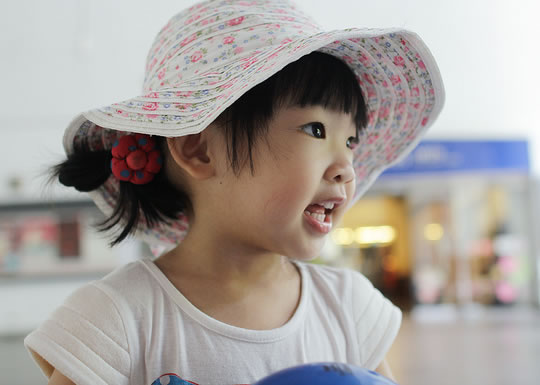 The astounding power of the unconscious to store information we’ve consciously forgotten.

The echoes of a ‘lost’ mother tongue can be seen in the brain decades after the language was last heard, a neuroscience study finds.

The girls in the Canadian study were between 9 and 17-years old when tested and were adopted at an early age by French-speaking families from Chinese parents.

Their exposure to Chinese had, therefore, been minimal and they certainly had no conscious recollection of their mother tongue.

“The infant brain forms representations of language sounds, but we wanted to see whether the brain maintains these representations later in life even if the person is no longer exposed to the language.”

The French-speaking girls adopted from Chinese families were compared with bilingual girls who spoke Chinese and French as well as another group born and raised with just French.

The results surprised the scientists:

“It astounded us that the brain activation pattern of the adopted Chinese who ‘lost’ or totally discontinued the language matched the one for those who continued speaking Chinese since birth.

The neural representations supporting this pattern could only have been acquired during the first months of life.

This pattern completely differed from the first group of unilingual French speakers.”

The study, published in the journal Proceedings of the National Academy of Sciences, played fragments of Chinese to participants while fMRI was used to scan their brains (Pierce et al, 2014).

Although the adopted children had no conscious memory of Chinese, their brains showed precisely the same pattern of activation as those who were native Chinese speakers.

The researchers took advantage of the fact that Chinese is a language in which tone can radically change the meaning of words, rather than just changing the subtext of what is being said, as it does in French and English.

Girls adopted from Chinese mothers into French families showed activation in the left superior temporal gyrus — an area crucial for processing sounds — that was identical to Chinese native speakers.

The French speakers, who were not sensitive to tones in the same way, showed activation in the corresponding area, but on the other side of the brain.

“The similarity between adoptees and Chinese speakers clearly illustrates that early acquired information is maintained in the brain and that early experiences unconsciously influence neural processing for years, if not indefinitely.” (Pierce et al, 2014).