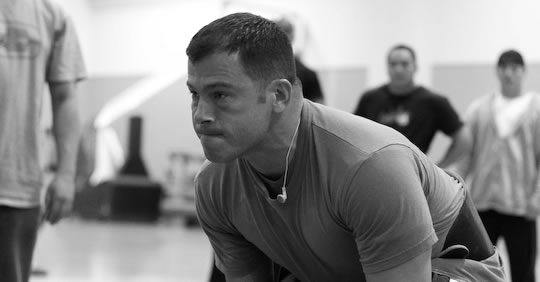 Doing this exercise for 20 minutes can improve your long-term memory by 20%.

One single workout with weights can immediately enhance long-term memory by around 20%, according to a new study.

While it’s now well-established that months of aerobic exercise can enhance memory, this is the first study examining the effects of a relatively short amount of resistance training.

In the study, people were shown a series of pictures which they were not asked to memorise (Weinberg et al., 2014).

Then half the participants did 50 leg extensions in a gym resistance machine.

The other half sat in the leg extension chair for the same time but did not do the exercise — instead the machine moved their leg for them.

The idea was to have both groups go through an almost identical experience, other than one group having actually carried out some resistance training, while the other had not.

When they were tested two days later, the participants who had not really exercised managed to correctly identify 50% of the photos they’d seen.

Those who had really worked out, though, identified 60% of the photos.

The reason this works is that exercise puts us into a heightened state, after which, memories — especially emotional ones — are more likely to stick.

By measuring saliva levels during the study, the researchers were able to track neurotransmitters levels.

“Even without doing expensive fMRI scans, our results give us an idea of what areas of the brain might be supporting these exercise-induced memory benefits.

The findings are encouraging because they are consistent with rodent literature that pinpoints exactly the parts of the brain that play a role in stress-induced memory benefits caused by exercise.”

Dr. Minoru Shinohara, a physiologist and another of the study’s authors concluded:

“We can now try to determine its applicability to other types of memories and the optimal type and amount of resistance exercise in various populations.

This includes older adults and individuals with memory impairment.”

So, if you want to boost long-term memory, do a few squat-thrusts or knee bends before you start your learning session.

Just make sure no one’s watching.