Season of Your Birth Affects Mood in Later Life 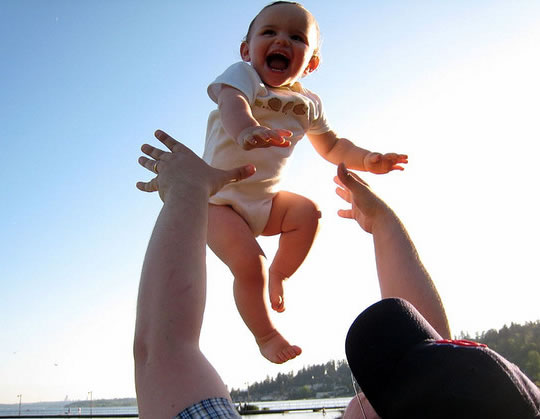 Summer, spring, autumn and winter babies have different personalities when they grow up.

New research has found a link between a person’s birth season and their emotional life in adulthood.

Being born in a certain season may also be linked with developing a mood disorder later in life.

The Hungarian researchers examined the personalities of 400 people and matched this up with the time of year they were born.

They found that people born in summer are more likely than those born in winter to have a cyclothymic personality, characterised by frequent mood swings, between happy and sad.

The results also revealed a link between being born in either spring or summer and being excessively positive.

Those born in the winter had a higher chance of being less irritable.

Autumn babies were less likely to be depressives than winter babies.

“Biochemical studies have shown that the season in which you are born has an influence on certain monoamine neurotransmitters, such as dopamine and serotonin, which is detectable even in adult life.

This led us to believe that birth season may have a longer-lasting effect.

Our work looked at over 400 subjects and matched their birth season to personality types in later life.

Basically, it seems that when you are born may increase or decrease your chance of developing certain mood disorders.

We can’t yet say anything about the mechanisms involved.

What we are now looking at is to see if there are genetic markers which are related to season of birth and mood disorder.”

Professor Eduard Vieta, Director of the Bipolar Disorders Program at the University of Barcelona, commented on the study:

“Seasons affect our mood and behavior.

Even the season at our birth may influence our subsequent risk for developing certain medical conditions, including some mental disorders.

What’s new from this group of researchers is the influence of season at birth and temperament.

Temperaments are not disorders but biologically-driven behavioral and emotional trends.

Although both genetic and environmental factors are involved in one’s temperament, now we know that the season at birth plays a role too.

And the finding of “high mood” tendency (hyperthymic temperament) for those born in summer is quite intriguing.”

The research was presented at a neuropsychopharmacology conference in Berlin.