How Vision Works: Why Most of What You See Looks Sharp When Really It’s Not 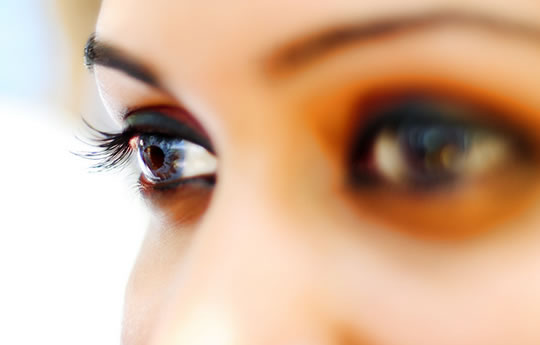 Here’s an odd fact about vision.

Hold your arm stretched out in front of you and put your thumb up.

It’s strange — and almost unbelievable — that the only part of your vision that is truly sharp and detailed is about the area of your fingernail, as you are looking at it now.

When the image from the rest of your peripheral vision hits the back of the eye, it is, in fact, blurred.

Not only that, but as you go out towards the edges, the visual information the eye can record becomes more and more coarse, like looking at a low resolution video.

To me, things in my peripheral vision are less clear than my thumbnail, but still reasonably sharp.

This is the result of a pretty cool bit of processing that the brain is doing for us.

And a new study addresses this question of why we appear to see the world in relatively uniform detail, despite the fact that in reality we have a kind of tunnel vision (Herwig & Schneider, 2014).

The answer is that most of our field of vision is not based on what  we can see in that moment, but is actually called up from memory.

Say, for example, a football appears in your peripheral vision.

What the eye actually sees is a very blurred, low-detail image, which the brain then checks against its file of blurred objects, identifies as a football, and replaces the blurred image with a detailed one.

And so, what you experienced is a more highly detailed football in your peripheral vision than your eyes are capable of seeing.

So, much of what you see in your peripheral vision is essentially visual memory.

To test this idea, researchers used eye-tracking technology while people were presented with a series of images in their peripheral vision.

The experimenters used some clever tricks to look at how connections are built up between blurred images we see in our peripheral vision and the detailed image we get when we look at something directly.

They wanted to test whether we really build up this visual data-bank of blurred images and how they are associated with the detailed images we experience.

What they found backed up this slightly strange model of how the eye and brain work together.

In fact, it only took a few minutes for the brain to build a link between blurred peripheral image and its detailed counterpart.

“The experiments show that our perception depends in large measure on stored visual experiences in our memory.

We do not see the actual world, but our predictions.”