Children With Autism Exposed to More Steroid Hormones in The Womb 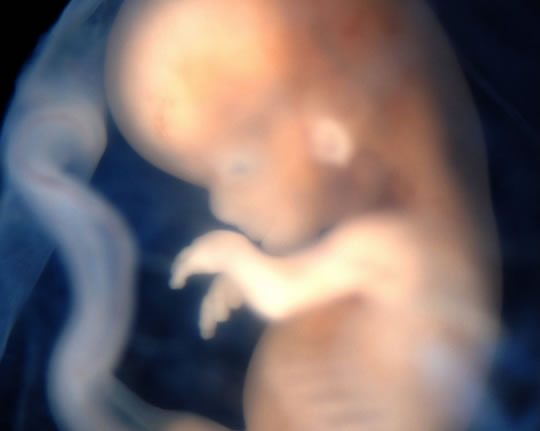 New study may help explain why autism is more common in males.

Children who later develop autism are exposed to increased levels of steroid hormones in the womb, new research from the UK and Denmark shows.

The study took advantage of amniotic fluid in a Danish biobank from 19,500 women who had chosen to have a routine amniocentesis at 15-16 weeks to screen for developmental problems (Baron-Cohen et al., 2014).

The samples were matched to 128 males who later went on to develop autism.

Amongst those who developed autism, there were elevated levels of four key ‘sex steroids’ in the amniotic fluid: progesterone, 17α-hydroxy-progesterone, androstenedione and testosterone.

“This is one of the earliest non-genetic biomarkers that has been identified in children who go on to develop autism.

We previously knew that elevated prenatal testosterone is associated with slower social and language development, better attention to detail, and more autistic traits.

Now, for the first time, we have also shown that these steroid hormones are elevated in children clinically diagnosed with autism.

Because some of these hormones are produced in much higher quantities in males than in females, this may help us explain why autism is more common in males.”

One of the study’s other senior authors, Dr Michael Lombardo, said:

“Our discovery here meshes nicely with other recent findings that highlight the prenatal period around 15 weeks gestation as a key period when important genetic risk mechanisms for autism are working together to be expressed in the developing brain.”

However, Professor Baron-Cohen cautioned that the study did not suggest a quick fix:

“These results should not be taken as a reason to jump to steroid hormone blockers as a treatment as this could have unwanted side effects and may have little to no effect in changing the potentially permanent effects that fetal steroid hormones exert during the early foundational stages of brain development.”

The value of the new results lies in identifying key biological mechanisms during fetal development that could play important roles in atypical brain development in autism.”