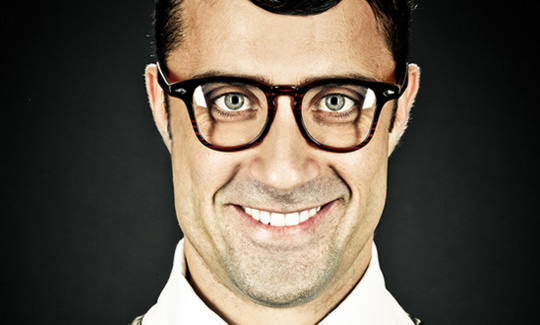 Forget the thick glasses and carrying a book, here are 10 real tricks to appear smarter, based on science (what else?).

Having smarts — not just street smarts but brainy smarts — is all the rage nowadays.

The age of the geek has come.

Unfortunately, getting smarter involves work and work is something smart people prefer to avoid.

Fortunately, appearing smarter is much easier than actually being smarter.

Here are my top 10 tips for seeming smarter…or your money back.

Appearing smart is about seeming excited about what you’re saying, even if it’s complete nonsense.

To sound smarter, put a little energy into your voice, let the pitch and volume vary. Try to EMPHASISE important WORDS.

Listen to one of those smarmy TV news anchors and practice speaking like them for 10 minutes.

If you want others to think you’re smart, then don’t wear revealing clothes.

The true geek covers his or her body almost completely from head to foot. It’s why they’re so pale.

To be serious for a moment, studies do show that when people see exposed flesh, it makes them think about the body, rather than the mind (Gray et al., 2011).

So, keep the body covered and they’ll keep thinking about your throbbing brain.

There are cultural differences here, but Westerners usually see those who make more eye contact as confident (as long as the eye contact is not of the creepy variety).

People who are more intelligent tend to go to bed later and get up later.

One study examined the sleep habits of 20,745 adolescent Americans and found that on a weekday the ‘very dull’ went to bed at an average of 11:41 and woke up at 7:20.

In contrast, the ‘very bright’ went to bed at 12:29 and got up at 7:52. At the weekend the differences were even more pronounced.

It sounds like a joke, but it’s true, here’s the academic reference: Kanazawa and Perina (2009) and it’s described here.

They say that ignorance is bliss, and ‘they’ may well be on to something.

That’s because people of high intelligence are more prone to anxiety than those of moderate intelligence (it’s true).

So, appear to be very worried about something, even if you couldn’t give a fig.

When you’re not looking concerned about the plight of the Yangtze dolphin, or whatever, you should crack a smile.

Don’t just confine yourself to smiling intelligently, use the whole body.

Stand tall, sit-up straight, approach other people: all have been shown to increase how powerful and confident you appear (for the science, check out: 10 Simple Postures That Boost Performance and 8 Easy Bodily Actions That Transform Mental Performance).

In fact, you don’t even need to actually approach other people, just imagining you are standing closer will pump up your power.

There’s a weird quirk of human nature which means that things which are easily understood are also more likely to be believed.

The same is true with names: if your name is easy to understand, you’re more likely to be believed (see: this).

So if your name is tricky for people, change it to something simple and easy.

Hey, it won’t be as bad as you think: driving license, bank, couple of other forms and a word to a few key people and you’re done!

Celebs do it all the time: they’re always cutting down their names to something short and snappy. Why not do the same?

9. Use (or adopt) a middle initial

Another (easier) option is to adopt or emphasise your middle initial, which has been shown to convey greater status and intellectual might (W. A. P. van Tilburg & E. R. Igou, 2014).

Yes, studies do indeed show that just believing that people can get smarter is enough to make them smarter (Aronson et al., 2001).

So, don’t be held back by stereotypes, limiting beliefs or other mental stumbling blocks.

Just believing you can get smarter is enough to make you smarter.