Why Positive Thinking May Be Harmful for Some 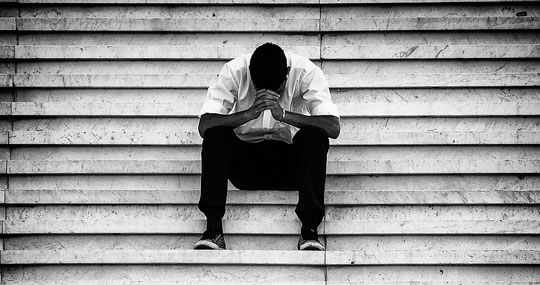 For some people, being told to ‘think positive’ is very hard and may even be doing them harm, according to a new study.

The research examined the neural markers of both positive and negative thinking.

In the study, 71 women were asked to look at distressing images and put a positive spin on them (Moser et al., 2014).

Women were used exclusively as they are more likely to suffer from high levels of depression and anxiety.

The images included a woman being held by a masked man with a knife to her throat.

As expected, people who were generally more positive found this an easier task.

However, the researchers noticed something important amongst the natural worriers.

“The worriers actually showed a paradoxical backfiring effect in their brains when asked to decrease their negative emotions.

This suggests they have a really hard time putting a positive spin on difficult situations and actually make their negative emotions worse even when they are asked to think positively.”

In contrast, those who generally think positively were able to reduce the electronic signature of worry that the brain produces, suggesting positive thinking was working for them.

This ties in with what those with more pessimistic personalities often say: that telling them to just ‘be positive’ is no good and may even be harmful.

“You can’t just tell your friend to think positively or to not worry — that’s probably not going to help them.

So you need to take another tack and perhaps ask them to think about the problem in a different way, to use different strategies.”

Strategies that are more likely to be effective are those usually used in cognitive-behavioural therapy, which involve challenging or at least coming to terms with persistent anxieties.