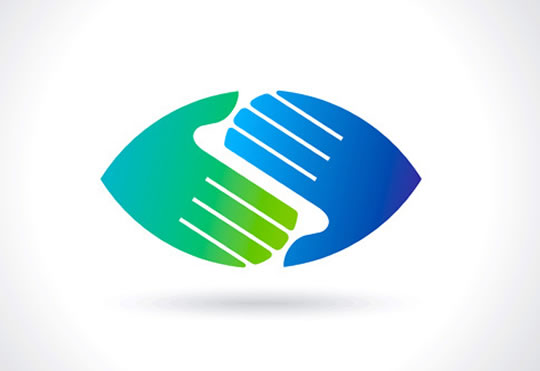 To get around in the world, we mainly rely on our eyes and ears.

But touch is also vital in the way we understand and experience the world.

Even the lightest touch on the upper arm can influence the way we think.

To prove it, here are 10 psychological effects which show just how powerful nonsexual touch can be.

A well-timed touch can encourage other people to return a lost item.

In one experiment, users of a phone booth who were touched were more likely to return a lost dime to an experimenter (Kleinke, 1977).

The action was no more than a light touch on the arm.

People will do more than that though; people will give a bigger tip to a waitress who has touched them (Crusco & Wetzel, 1984).

(Stop giggling at the back there!)

People are also more likely to provide help when touched.

In one study, strangers who were touched lightly on the arm were more likely to help an experimenter pick up things they had dropped (Gueguen, 2003).

The percentage of people who helped went up from 63% to 90%.

The power of a light touch on the upper arm often extends more broadly to compliance.

In a study by Willis and Hamm (1980), participants were asked to sign a petition.

While 55% of those not touched agreed to sign it, this went up to 81% of those participants touched once on the upper arm.

A second study asked people to fill in a questionnaire.

The same touch increased compliance from 40% to 70%.

And you can increase compliance with a second light touch on the arm.

Vaidis and Halimi-Falkowicz (2008) tried this out when asking people in the street to complete a questionnaire.

Those touched twice were more likely to complete the questionnaire than those touched once.

The effects were strongest when men were touched by a female surveyor.

However, the acceptability of touch, especially between men, depends a lot on culture.

When Dolinski (2010) carried out a compliance experiment in Poland, he got quite different results for men and women.

In Poland men asked to do the experimenter a favour reacted badly to a light touch on the arm.

This seemed to be related to higher levels of homophobia. Women, however, still reacted positively to touch.

6. Touch to sell your car

Unlike Poland, France has a contact culture and touching is acceptable between two men.

Half were touched lightly on the arm for 1 second, the other half weren’t.

Afterwards those who had been touched rated the seller as more sincere, friendly, honest, agreeable and kind.

Not bad for a 1-second touch.

We can safely assume the results would have been quite different in Poland!

You won’t be surprised to hear that men show more interest in a woman who has lightly touched them.

But here’s the research anyway: Gueguen (2010) found men easily misinterpreted a light nonsexual touch on the arm as a show of sexual interest.

Perhaps more surprisingly women also responded well to a light touch on the arm when being asked for their phone number by a man in the street (Gueguen, 2007).

This may be because women associated a light 1 or 2-second touch with greater dominance.

(Bear in mind, though, that this research was in France again!)

Touch communicates something vital about power relationships. Henley (1973) observed people in a major city as they went about their daily business.

The people who tended to touch others (versus those being touched) were usually higher status.

Generally we regard people who touch others as having more power in society (Summerhayes & Suchner, 1978).

Touch comes in many different forms and can communicate a variety of different emotions.

Just how much can be communicated through touch alone is demonstrated by one remarkable study by Hertenstein et al. (2006).

Using only a touch on the forearm, participants in this study tried to communicate 12 separate emotions to another person.

The receiver, despite not being able to see the toucher, or the touch itself, were pretty accurate for anger, fear, disgust, love, gratitude and sympathy.

To put it in context, that is as good as we can do when we can see someone’s face.

So, if you can do all that with a touch, imagine what you could do with a massage!

Well, one study has found that it can boost your maths skills (Field, 1996).

Compared with a control group, participants who received massages twice a week for 5 weeks were not only more relaxed but also did better on a maths test.

Once again, witness the incredible power of touch.

All of these studies rely on the touch being appropriate.

Being touched can have quite different meanings depending on situation, culture and gender.

Generally the touch referred to is a light touch on the upper arm—the safest place to touch someone you don’t know.

Also, research has identified a small proportion of people—both men and women—who don’t like to be touched at all during everyday social interactions.

These people are not likely to respond positively in any of these situations.